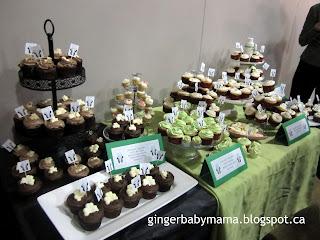 Well, we did it! We baked a little over 200 cupcakes for Miss A’s Irish Dancing fund raising event this past weekend. With help from my cousin, my sister and her friend, we managed to put my two monsters to bed, bake, ice and decorate 170 cupcakes in around 3 hours! I finished the last batch of 50 the next morning. 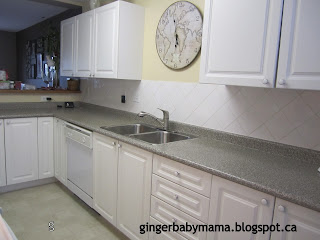 Using the plan laid out in my last post, we started out with a clean kitchen, pre-measured ingredients, room temperature butter and a whole lot of patience!

For three of the cupcake recipes we used my Altered Box Cake ingredients to make them taste more homemade than from a box. The fourth recipe was for Coconut Cupcakes with buttercream and shredded green tinted coconut on top. I’ll post the recipe for these later this week – they were delicious!! 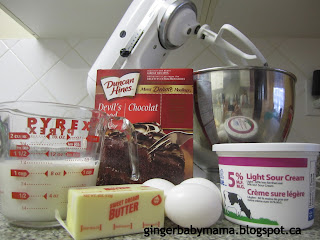 Altered Box Cake Recipe (how to make your boxed cake mix taste homemade)
For each batch of cupcakes, follow the instructions on the box except:

For icing and decorating, we started out using Wilton’s trusty 1M tip. However, for one of the chocolate icing batches I used chocolate shavings instead of cocoa powder, so the tip kept getting jammed with chocolate. 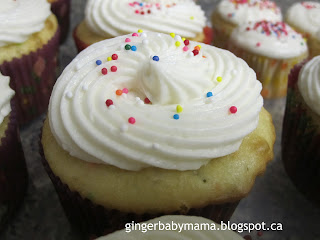 We switched to the Wilton 4D tip and were in LOVE! It made quick work of the textured icing and made a lovely swirl on our cupcakes.

In order to get the most icing to last without having to refill the icing bags, we used Wilton's plastic 16" icing bags. They are massive!! 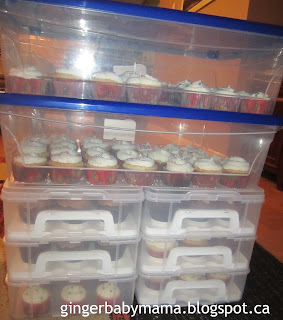 We used a few cupcake storage containers I had on hand, and then we got creative. I used a couple of under the bed storage containers and they were awesome! They held a ton of cupcakes, they stacked nicely, and most importantly, they fit in the fridge!! 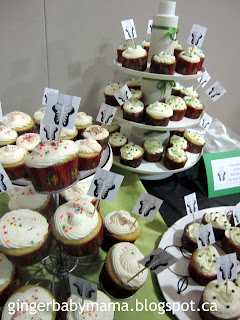 We got to Miss A’s event early on Saturday and she and I setup the display. It took a good 45 minutes to setup, so I am glad I left myself lots of time!

The event went fantastically well, there were less than 10 cupcakes left at the end of the night! Success!!