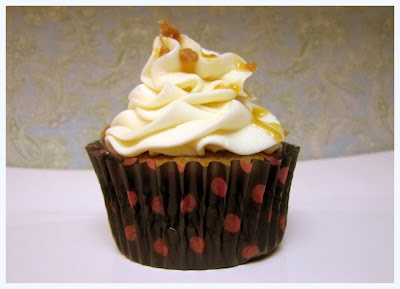 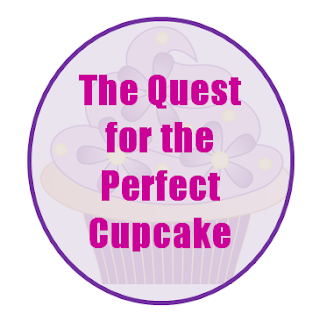 I decided earlier this year to embark on the Quest for the Perfect Cupcake. It has been a great adventure, with some classic cupcakes (Red Velvet Cupcakes with Vanilla Cream Cheese Frosting), some strange (Dr. Pepper) and some perfectly perfect (Peanut Butter Cupcakes and Turtle Cupcakes). I also tested out Pink Lemonade Cupcakes and Dark Chocolate Cupcakes with Salted Caramel Frosting.

When I first put the quest out there I asked for some suggestions. Apple cupcakes were on the request list - and with autumn upon us, Caramel Apple Spiced Cupcakes were definitely on the menu.
I found the basis for this cupcake on Pinterest. It was set up as a cake, but turning the recipe into cupcakes was an easy fix. 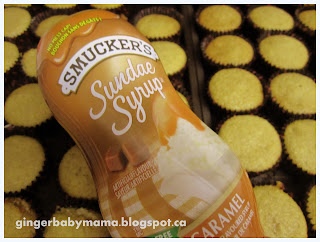 I know that I really should have made my own caramel for this recipe, and in the future I probably will (using the recipe from my Turtle Cupcakes) but I just did not have time this weekend. Store bought (gasp!) caramel ice cream topping to the rescue! 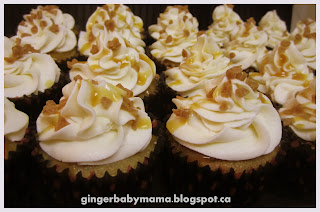 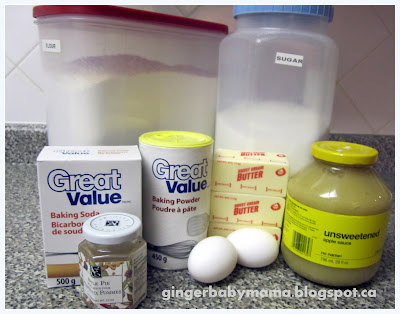 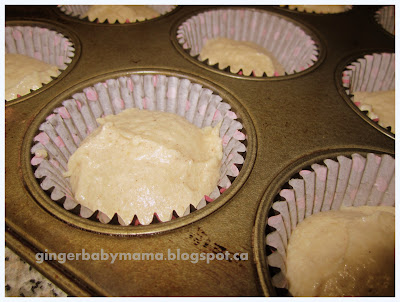 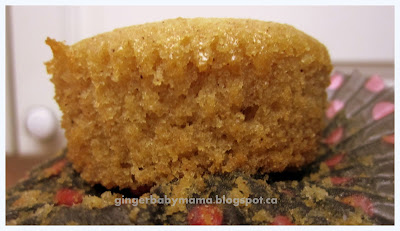 Scoop the batter into the cupcake liners and bake for 20-23 minutes, or until a toothpick inserted comes out clean. Let cool for about ten minutes. 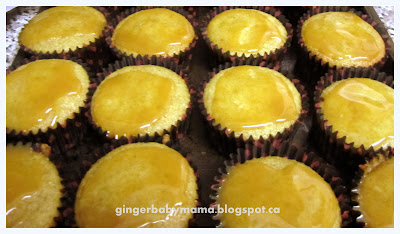 Spoon about 1 tsp of caramel topping onto each cupcake. Spread around using the back of a spoon. Leave the caramel topped cupcakes to cool completely while you make the icing.
Caramel Buttercream Frosting
1 1/2 cups butter, at room temperature
8 cups icing sugar (I know, it sounds like a lot, but it's for 48 cupcakes!!)
4 tbsp milk
1 tbsp vanilla extract
2/3 cup caramel dessert topping
Skor bits, for decoration
Cream the butter until creamy add vanilla and beat until smooth. Add icing sugar one cup at a time. The mixture will be dry, so add milk 1 tbsp at a time until icing smooths out. Add the caramel dessert topping and mix until well combined.

Using a Wilton 1M tip, swirl icing onto the top of each caramel topped cupcake. Sprinkle the iced cupcakes with Skor bits. 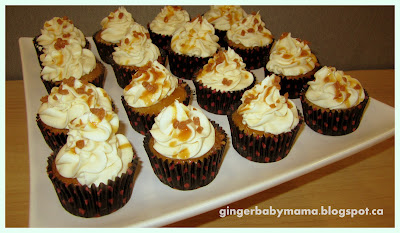 I brought these cupcakes in to work and they were gone!! If you make them, let me know how they turn out!!