Have you ever seen a recipe on Pinterest and knew, instantly that it would be a hit at your house?? I have! Many times, like last week when I tried out these two recipes - Chicken Cordon Bleu Casserole and Just Like PF Chang's Lettuce Wraps. I pinned this recipe a couple of weeks ago and finally made it last week. It was so good that I made it again tonight!! The girls love loved it and my husband was happy because it makes a big serving of pasta for his dinner. 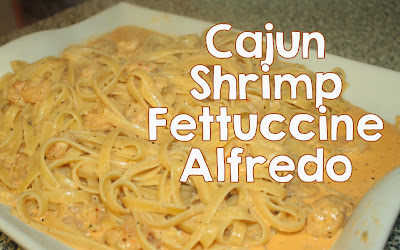 I found this recipe on ClosetCooking.com and when I ventured over to his site, I found a few other recipes that I can't wait to try out and share with you all. I was worried when I picked a recipe called "Cajun Shrimp" that when the recipe was done it would be too spicy for my girls. No fear, my friends, the Cajun spices brought a smokiness and depth to the flavor of the sauce, it wasn't too spicy at all. I know that you could probably spice up the recipe if you wanted to add more Cajun spice to the sauce. 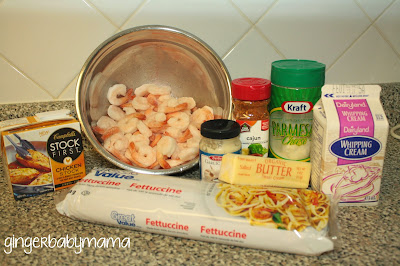 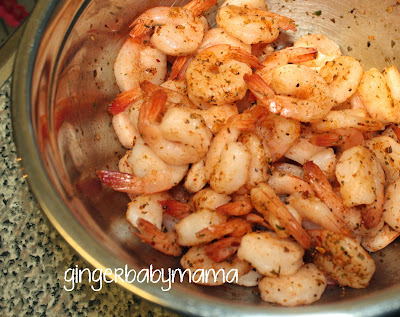 Start boiling the water to cook your pasta. In a large sauce pan, melt the butter and cook the shrimp and 2 tbsp of Cajun seasoning for about 5 minutes, until done. I used frozen, already cooked shrimp because that's what I had on hand, so it just needed to be heated through. Remove the cooked shrimp from the pan and save for later. 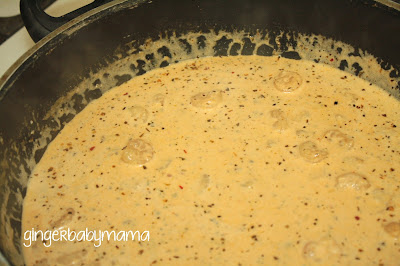 Using the same pan, add the garlic, chicken broth, whipping cream, Parmesan cheese and Cajun seasoning. Stir gently while cooking until it thickens a bit, approximately 5-7 minutes. Throw the shrimp back into the sauce and stir it all together. Drain the pasta and toss with the sauce and shrimp. Sprinkle the additional Parmesan cheese on top, serve with some garlic breadsticks (and maybe a salad for a bit of healthiness!!) and let your family eat it all up!! 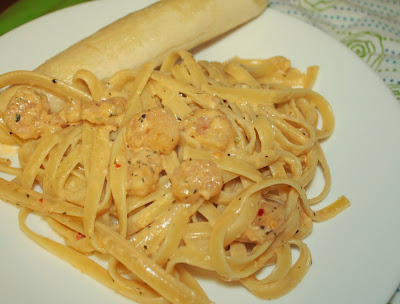 Thanks for stopping by, I hope I've inspired you a little today!!